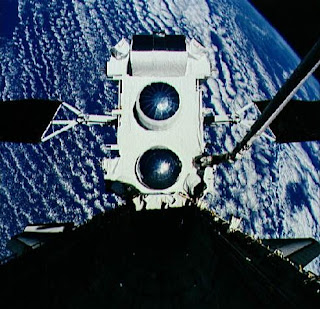 Main article: GRB 990123
Gamma ray burst 990123 (23 January 1999) was one of the brightest bursts recorded at the time, and was the first GRB with an optical afterglow observed during the prompt gamma ray emission (a reverse shock flash). This allowed astronomers to measure a redshift of 1.6 and a distance of 3.2 Gpc (10 Gly). Combining the measured energy of the burst in gamma-rays and the distance, the total emitted energy assuming an isotropic explosion could be deduced and resulted in the direct conversion of approximately two solar masses into energy. This finally convinced the community that GRB afterglows resulted from highly collimated explosions, which strongly reduced the needed energy budget.