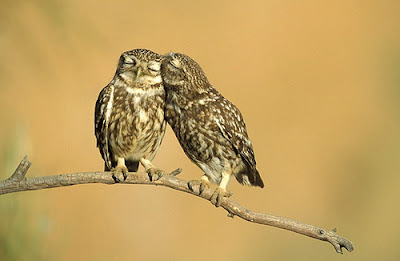 Experiments at CERN and elsewhere should let us complete the Standard Model of particle physics, but a unified theory of all forces will probably require radically new ideas.

Two great obstacles stand in the way of this task. One is that we do not know what physical principles govern the fundamental theory. In developing general relativity, Einstein was guided by a principle he had inferred from the known properties of gravitation, the principle of the equivalence of gravitational forces to inertial effects such as centrifugal force. The development of the Standard Model was guided by a principle known asgauge symmetry, a generalization of the well-known property of electricity that it is only differences of voltages that matter, not voltages themselves.


But we have not discovered any fundamental principle that governs M-theory. The various approximations to this theory look like string or field theories in space-times of different dimensionalities, but it seems probable that the fundamental theory is not to be formulated in space-time at all. Quantum field theory is powerfully constrained by principles concerning the nature of four-dimensional space-time that are incorporated in the special theory of relativity. How can we get the ideas we need to formulate a truly fundamental theory, when this theory is to describe a realm where all intuitions derived from life in space-time become inapplicable?


The other obstacle is that even if we were able to formulate a fundamental theory, we might not know how to use it to make predictions that could confirm its validity. Most of the successful predictions of the Standard Model have been based on a method of calculation known as perturbation theory. In quantum mechanics the rates of physical processes are given by sums over all possible sequences of intermediate steps by which the process may occur.

Using perturbation theory, one first considers only the simplest intermediate steps, then the next simplest, and so on. This works only if increasingly complicated intermediate steps make decreasingly large contributions to the rate, which is usually the case if the forces involved are sufficiently weak. Sometimes a theory with very strong forces is equivalent to another theory with very weak forces, which can be solved by the methods of perturbation theory. This seems to be true of some pairs of the five string theories in 10 dimensions and the field theory in 11 dimensions mentioned earlier. Unfortunately, the forces of the fundamental theory are probably neither very strong nor very weak, ruling out any use of perturbation theory.

It is impossible to say when these problems will be overcome. They may be solved in a preprint put out tomorrow by some young theorist. They may not be solved by 2050, or even 2150. But when they are solved, even though we cannot do experiments at 1016 GeV or look into higher dimensions, we will not have any trouble in recognizing the truth of the fundamental unified theory. The test will be whether the theory successfully accounts for the measured values of the physical constants of the Standard Model, along with whatever other effects beyond the Standard Model may have been discovered by then.

It is possible that when we finally understand how particles and forces behave at energies up to 1018 GeV, we will just find new mysteries, with a final unification as far away as ever. But I doubt it. There are no hints of any fundamental energy scale beyond 1018 GeV, and string theory even suggests that higher energies have no meaning.


The discovery of a unified theory that describes nature at all energies will put us in a position to answer the deepest questions of cosmology: Did the expanding cloud of galaxies we call the big bang have a beginning at a definite time in the past? Is our big bang just one episode in a much larger universe in which big and little bangs have been going on eternally? If so, do what we call the constants of nature or even the laws of nature vary from one bang to another?

This will not be the end of physics. It probably won't even help with some of the outstanding problems of today's physics, such as understanding turbulence and high-temperature superconductivity. But it will mark the end of a certain kind of physics: the search for a unified theory that entails all other facts of physical science.

STEVEN WEINBERG is head of the Theory Group at the University of Texas at Austin and a member of its physics and astronomy departments. His work in elementary particle physics has been honored with numerous prizes and awards, including the Nobel Prize for Physics in 1979 and the National Medal of Science in 1991.


The third volume (Supersymmetry) of his treatise The Quantum Theory of Fields is out from Cambridge University Press. The second volume (Modern Applications) was hailed as being "unmatched by any other book on quantum field theory for its depth, generality and definitive character."