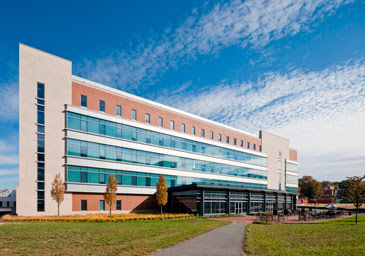 Among the objects studied are galaxies, stars, planets, exoplanets, the interstellar medium and the cosmic microwave background. Their emissions are examined across all parts of the electromagnetic spectrum, and the properties examined include luminosity, density, temperature, and chemical composition. The study of cosmology addresses questions of astrophysics at scales much larger than the size of particular gravitationally-bound objects in the universe.

The majority of astrophysical observations are made using the electromagnetic spectrum.
Other than electromagnetic radiation, few things may be observed from the Earth that originate from great distances. A few gravitational wave observatories have been constructed, but gravitational waves are extremely difficult to detect.Neutrino observatories have also been built, primarily to study our Sun. Cosmic rays consisting of very high energy particles can be observed hitting the Earth's atmosphere.
Observations can also vary in their time scale. Most optical observations take minutes to hours, so phenomena that change faster than this cannot readily be observed. However, historical data on some objects is available spanning centuriesor millennia. On the other hand, radio observations may look at events on a millisecond timescale (millisecond pulsars) or combine years of data (pulsar deceleration studies). The information obtained from these different timescales is very different.
The study of our very own Sun has a special place in observational astrophysics. Due to the tremendous distance of all other stars, the Sun can be observed in a kind of detail unparalleled by any other star. Our understanding of our own sun serves as a guide to our understanding of other stars.
The topic of how stars change, or stellar evolution, is often modeled by placing the varieties of star types in their respective positions on the Hertzsprung-Russell diagram, which can be viewed as representing the state of a stellar object, from birth to destruction. The material composition of the astronomical objects can often be examined using: