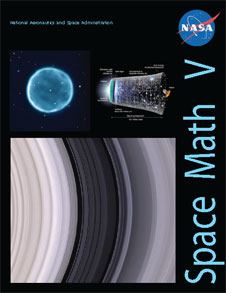 These activities comprise a series of 87 practical mathematics applications in space science. This collection of activities is based on a weekly series of problems distributed to teachers during the 2008-2009 school year. The problems in this booklet investigate space phenomena, space travel and mathematics applications such as planetary nebulae, collapsing gas clouds, space shuttle launch trajectory, evaluating functions, and differentiation. The problems are authentic glimpses of modern science and engineering issues, often involving actual research data. Each word problem includes background information. The one-page assignments are accompanied by one-page teachers answer keys.