Edited and Added By:

Department of Physics
Faculty of Sciences and Mathematics, Indonesian University of Education 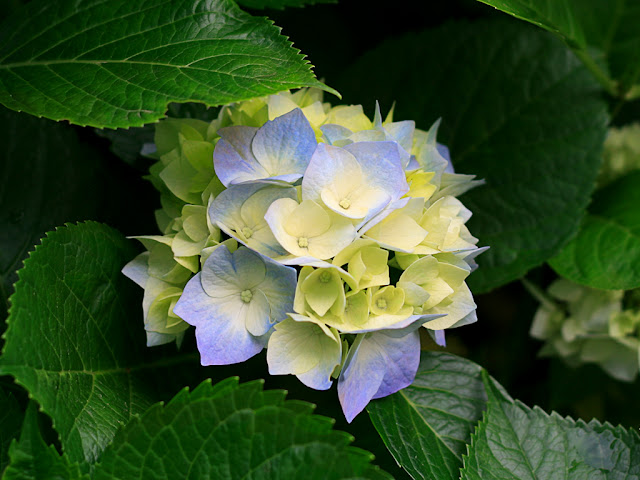 Q: But don't we know all about the gravity of Black Holes and how even light can't escape?


A: No. This often-repeated error is based on a clear oversight. Black Holes are said to form when a star expends its nuclear energy andphysically collapses. But starlight only shines from intact, functioning stars, of course. There is no more reason to  expect light to shine from Black Holes than from a burnt-out, smashed light bulb. This is a commonly repeated error in plain view that is intended to showcase and dramatize our scientists' deep understanding of Black Holes and gravity, but which actually exposes how little is truly understood about either.

Q: How can scientists be so mystified by gravity yet also claim to explain it?

A: This is a basic conflict in our science. It is the function of our educational institutions to teach the beliefs of the day and to stand by them no matter what. This often means justifying or defending theories that are actually indefensible upon any serious close inspection. Take a good look at these examples of fatally flawed explanations related to gravity in plain view, which are commonly taught as correct in physics classes around the world today:

As we all know, perpetual motion machines are impossible, and claims of such devices are a clear sign of bad science. No device (or natural phenomenon) can expend energy without draining a power source, and certainly cannot operate with no power source at all. Yet our science states that an object dropped into a tunnel cut through the Earth would be accelerated to the center by gravity, then decelerated as it approached the other end, only to be accelerated down again, over and over – endlessly.

Even our most elementary physics states that it takes energy expenditure from a known power source to accelerate and decelerate objects, yet there is no power source in site here, let alone adraining one. Despite detailed atomic theories and even having split the atom, science has never identified a gravitational power source. This describes an actively operating mechanism that never ends and never drains a power source – an impossible perpetual motion scenario, according to today’s physics.

When all else fails, we are told not to worry about the gravitational power source because gravity never does any work throughout the universe. According to today’s science, all of the gravity-driven dynamics in our universe occur without any work being done, therefore there is no reason to expect energy expenditure from any power source – no power is required for any of it. We are told that objects are pinned forcefully and continually to the planet by gravity, but since they just sit there, even though forcefully pinned down, no energy source is required to explain this.

How can such a claim be justified?

Simple – ignore the physical gravitational energy expenditure and recast it as a formal Work scenario.

Why does this suddenly seem to solve such a deep physical problem?

Because the formal definition of Work in physics is: (force applied) x(distance moved).

Note: this is not the form of work that we all relate to, where expending energy is doing work. Instead, Work, by definition, ignores all energy expended unless it happens to move something. While this formal Work definition does calculate the energy expended to move objects it will also obviously give a zero result whenever an applied force cannot move an object, such as when we push on a wall or when gravity pulls on an object that is already on the ground. Of course this does not mean no energy was expended, but simply that the Workequation was only designed to deal with a very limited energy scenario where the applied force happens to move something.

It is an extremely grievous elementary abuse of physics to borrow the formal Work formula and misapply it to a scenario where no motion exists just to claim that the "zero work" result means no energy source is required to forcefully pin objects to the ground. Part of the reason this explanation has been allowed to slide for so long is because this very limited Work definition has the same name as the actual concept of energy-driven work that we are familiar with.

So when an authority figure presents a formal "Work" equation from a physics textbook and does a calculation that gives a "zero work" result, apparently resolving enormous questions about gravity in our science, it is difficult to resist the "no work, no energy" assurance from a teacher, which everyone else seems ok with, never to seriously question it again. And so it goes, generation after generation, leading to the current mess we have over common gravity in our science today.

Even the forceful constraining of the moon in its orbit is said to require no energy, since the Work equation is also defined to give zero when an object moves perpendicular to the applied force. So the fact that gravity pulls downward on the passing moon is said to free science from acknowledging the enormous energy that must be required to constrain the moon in orbit.

Not only is this just as grievous and elementary an error as shown above for all the same reasons, but it further mistakes the motion of the passing moon as pertinent to the calculation. In actuality, the moon already had a pre-existing coasting motion past the planet that has nothing to do with gravity’s pull. It is the continual motion of the moon downward due to the downward pull of gravity that keeps its coasting constrained to circle the planet rather than proceeding off into deep space.

Once the thinly veiled "zero work" excuses are removed, it is clear to see that none of today’s gravity theories can answer even the simplest physical questions about gravity, which is why the Work equation diversion technique is used over and over in classrooms around the world when such questions arise, since the only alternative is to admit "I don’t know".

Q: How can a fridge magnet cling against gravity endlessly without draining a power source?

A: It can't ... fridge magnets are impossible according to today's science.

It certainly takes tremendous energy to cling to the side of a cliff, supporting our own weight against gravity, and before long we would tire and fall. Yet a fridge magnet clings endlessly to the fridge bymagnetic energy. And, as both our science and our experience tell us, such an expenditure of energy requires that a power source be drawn upon to support such effort.

Yet a permanent magnet not only maintains its strength indefinitely (no theory or textbook shows the power drain characteristics of a permanent magnet as it clings against the pull of gravity), but there isn’t even a power source in sight! Endless magnetic energy apparently emanates from permanent magnets without any explanation in our science.

The only explanation that any physicist will give for this mystery is that there is no mystery since the magnet isn't moving, which gives a zero result if you plug this into the Work equation – a severely flawed diversionary tactic that was exposed above. No physicist will acknowledge the error of applying the Work equation to deny the ongoing magnetic energy expenditure, nor agree that a power source is required to cling energetically against gravity.

This excerpt from an article on magnetism in Discover Magazine, Dec. 2002, further makes this point:
Moreover, asking that question [why some non-metallic objects are magnetic] inevitably lets you in on a surprising secret: Physicists are also a little fuzzy about those bits of iron alloy attached to your refrigerator. "Only a few people understand -- or think they understand -- how a permanent magnet works," says Makarova [a Russian physicist working at Umea University in Sweden]. "The magnet of everyday life is not a simple thing. It's a quantum- mechanics thing ... I'm just working as an engineer, trying to find out where the magnetism comes from."

Q: How can freezing water expand, even bursting metal pipes, with no energy input to explain it?


A: According to today's science, this is impossible. Every output of energy requires a balancing energy input in order to remain within our laws of physics. A balloon left in the sun will expand and burst, in the process doing work against the surrounding atmosphere and its elastic skin, which is balanced by the energy input from the sun, so it is no mystery.

However, freezing water has no energy input in fact, just theopposite. Energy continually drains from the water as it cools toward freezing. So, how does the water suddenly expand with such force from within that it easily bursts metal pipes? No solid answers to this mystery can be found from today's scientists only confused hand-waving diversionary responses that still do not answer this clear energy balance violation.

Q: How do heavy objects rest on a table without its molecules giving way, collapsing the table?

A: Science has no viable explanation for this today. This mystery is similar to the mystery of the fridge magnet. Atomic bonds are said to result from electromagnetic energy attracting and holding atoms together. Yet, there is no denying that tremendous ongoing energy expenditure is required to hold the structure of a table together under the weight of a heavy object. Where does this energy come from? How quickly does this subatomic power source drain as it expends all this energy? Today's science has no explanation for this everyday occurrence, so such questions are never discussed.

Q: Light slows as it passes through water or glass, causing it to bend, but how can it return to light-speed on its own once it exits?

A: This is impossible in today's science. No object in nature can speed up of its own accord after being slowed. A bullet doesn't spontaneously speed up after it is slowed by passing through a wooden block, so how does a photon of light mysteriously return to its original speed once it exits a glass block? Also, continuously shining a light beam through a glass block will heat it, creating the further mystery that the beam actually loses energy as it passes through the glass, yet still manages to accelerate to its original speed upon exit. Today's science cannot explain this mysterious everyday occurrence.

Here is another related mystery: Bounce a light-beam between two parallel mirrors at a slight angle so that the beam bounces along the mirrors in a zig-zag pattern. How many bounces will it take before the light beam loses energy and slows down appreciably? 1000 bounces? 10,000? Of course, we know that the light beam will never slow down no matter how many times it bounces back and forth, despite the well-established fact that light imparts a small momentum punch when it bounces off objects (the principle behind solar sails). So, how does a single beam of light impart countless momentum punches as it zig-zags between the mirrors, yet still manage to emerge afterward at the same unchanging speed of light?

According to today's science this is an impossible energy-for-free event.