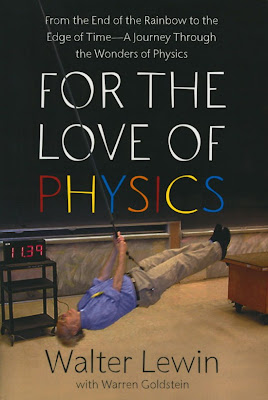 "If you take this course your life will never be the same. I will make you look at the world in a way you never have looked at it before. This will broaden your horizons and enrich your life. Without electricity no planets or stars could exist. You could not exist either. You're heart could not beat and you couldn't even think without electricity. If you one of those students who hate physics, its not your fault. It was just bad luck that you had a poor teacher. Whether you like it or not, I'm going to make you love physics... ALL of you and your life will never be the same."
~Prof. Walter Lewin, Ph.D.~

Register for this course:

Lewin's lectures at MIT are legendary. Many have been shown for over six years (starting in 1995) on UWTV in Seattle, reaching an audience of about four million people. For fifteen years (starting in 1983) he was on MIT Cable TV helping freshmen with their weekly homework assignments.

His programs, which were aired 24 hours per day, were also frequently watched by upper-class students. Additionally, his 35 lectures on Newtonian Mechanics, 36 lectures on Electricity and Magnetism and 23 lectures on Vibrations and Waves can also be viewed at MIT's OpenCourseWare, iTunes U, YouTube and Academic Earth.

These lectures are being watched by about 5000 people daily from all over the world, that's about two million people per year! Many teachers show them regularly in their classrooms, and Bill Gates wrote Professor Lewin that he has watched all his lectures more than once, and that he learned a lot from them.

The many responses that Professor Lewin receives daily are quite wonderful and often very moving. 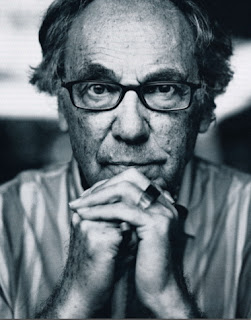 Professor Lewin got his PhD in Nuclear Physics at the Technical University in Delft, the Netherlands in 1965. He joined the Physics faculty at MIT in 1966 and became a pioneer in the new field of X-ray Astronomy. His 105 online lectures are world renowned and watched by about 2 million people yearly. Lewin has received five teaching awards.

He is the only MIT Professor featured in "The Best 300 Professors" of The Princeton Review. Professor Lewin co-authored with Warren Goldstein the book "For the Love of Physics" (Free Press, Simon & Schuster), which as of 2012 has been translated in 9 languages and will be translated in a total of 11 languages. 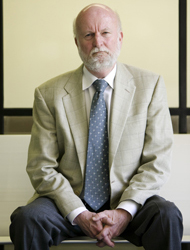 Professor Belcher earned his Ph.D. in Physics from Caltech in 1971. Much of his research career has centered on the Voyager Mission to the outer planets, now known as the: Voyager Interstellar Mission. From 1999 to 2005, Professor Belcher led the TEAL Project at MIT. Among other things, that project developed original methods for the visualization and animation of electromagnetic fields, many of which appear in this course.

Earned his Ph.D. in Theoretical Particle Physics at MIT in 2012, with a thesis focusing on the Theory of Strong Interaction. 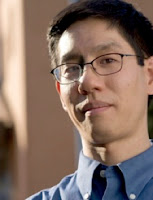 Isaac Chuang (Course Developer) is a professor of Physics and a professor of Electrical Engineering and Computer Science at MIT. His research focuses on quantum information and quantum computation. Professor Chuang leads the NSF IGERT on Interdisciplinary Quantum Information Science and Engineering at MIT. He is deeply involved in developing new methods for teaching and learning, as the associate director of MIT's Office of Digital Learning, and as a core developer of the edX platform. 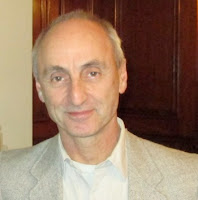 is Senior Lecturer in the Department of Physics at MIT. His research interests are in Mathematical Physics, Lie Group and Algebra Representation Theory. He has been part of the development, implementation, and teaching team for Technology Enabled Active Learning (TEAL). He has developed OCW Scholar Courses, the physics curriculum for a new university, the Singapore University of Technology and Design (SUTD), and is currently working on online learning through MITx and edX. 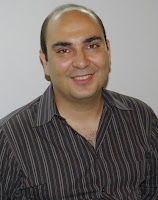 is a lecturer in the Physics Department and the Concourse Program at MIT. He received his Ph.D. in theoretical particle physics from Virginia Tech before switching his interests to teaching and to physics education research. He moved to MIT as a postdoc working with the RELATE group (Research in Learning, Assessing and Tutoring Effectively). Now, In addition to teaching introductory physics, Saif is working on the development of courses on edX, and trying to find the best practices in using online platforms to help students learn.

Earned his Ph.D. at University of Pennsylvania, is a Senior Research Scientist in the Laboratory for Nuclear Science and a Senior Lecturer in the Physics Department at MIT. His research work involves collisions of very high energy atomic nuclei. The goal of these studies is to understand the behavior of systems of sub-atomic constituents (quarks and gluons) at extremely high temperatures and densities. His most recent experiments use the CMS detector at the Large Hadron Collider at CERN. He has decades of experience teaching physics at MIT, including many different versions of 8.02.