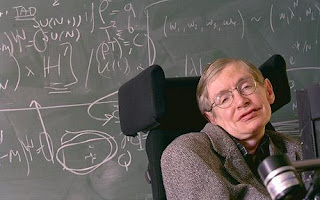 A black hole with a mass of a few times that of the sun would have a temperature of only one ten millionth of a degree above absolute zero... If the universe is destined to go on expanding forever, the temperature of the microwave radiation will eventually decrease to less than that of such a black hole, which will then begin to lose mass.

This would be rather difficult, however: the black hole would have the mass of a mountain compressed into less than a million millionth of an inch, the size of the nucleus of an atom! If you had one of these black holes on the surface of the earth, there would be no way to stop it from falling through the floor to the center of the earth...

So the only place to put such a black hole, in which one might use the energy it emitted, would be in orbit around the Earth - and the only way that one could get it to orbit the earth would be to attract it there by towing a large mass in front of it...

The Origin and Fate of the Universe

At the big bang itself, the universe is thought to have had zero size, and so to have been infinitely hot. But as the universe expanded, the temperature of the radiation decreased. One second after the big bang, it would have fallen to about ten thousand million degrees.

Within only a few hours of the big bang, the production of helium and other elements would have stopped. And after that, for the next million years or so, the universe would have just continued expanding, without anything much happening. Our own sun contains about 2 percent of these heavier elements [oxygen and carbon] because it is a second- or third- generation star, formed some five thousand million years ago out of a cloud of rotating gas containing the debris of earlier supernovas.

Most of the gas in that cloud went to form the sun or got blown away, but a small amount of the heavier elements collected together to form the bodies that now orbit the sun as planets like the earth. If the rate of expansion one second after the big bang had been smaller by even one part in a hundred thousand million million, the universe would have recollapsed before it ever reached its present size.

"We see the universe the way it is because we exist." According to this theory [strong anthropic principle], there are either many different universes or many different regions of a single universe, each with its own initial configuration and, perhaps, with its own set of laws of science. In most of these universes the conditions would not be right for the development of complicated organisms; only in the few universes that are like ours would intelligent beings develop and ask the question: "Why is the universe the way we see it?"

Where did they all come from? The answer is that, in quantum theory, particles can be created out of energy in the form of particle/antiparticle parts.

But that just raises the question of where the energy came from. The answer is that the total energy of the universe is exactly zero. The matter in the universe is made out of positive energy. However, the matter is all attracting itself by gravity.

Two pieces of matter that are close to each other have less energy than the same two pieces a long way apart, because you have to expend energy to separate them against the gravitational force that is pulling them together.

Thus in a sense, the gravitational field has negative energy. In the case of a universe that is approximately uniform in space, one can show that this negative gravitational energy exactly cancels the positive energy represented by the matter. So the total energy of the universe is zero.

Now twice zero is also zero. Thus the universe can double the amount of positive matter energy and also double the negative gravitational energy without violation of the conservation of energy. "It is said that there's no such thing as a free lunch.

But the universe is the ultimate free lunch." One could say: "The boundary condition of the universe is that it has no boundary." The universe would be completely self-contained and not affected by anything outside itself. It would neither be created nor destroyed. It would just BE. The idea that space and time may form a closed surface without boundary also has profound implications for the role of God in the affairs of the universe.

With the success of scientific theories in describing events, most people have come to believe that God allows the universe to evolve according to a set of laws and does not intervene in the universe to break these laws.

However, the laws do not tell us what the universe should have looked like when it started - it would still be up to God to wind up the clockwood and choose how to start it off. So long as the universe had a beginning, we could suppose it had a creator. But if the universe is really completely self-contained, having no boundaries or edge, it would have neither beginning nor end: it would simply be. What place, then, for a creator?

The Arrow of Time

On the other hand, when one looks at "real" time, there's a very big difference between the forward and backward directions, as we all know. Where does this difference between the past and the future come from? Why do we remember the past but not the future? Disorder increases with time because we measure time in the direction in which disorder increases.

The progress of the human race in understanding the universe has established a small corner of order in an increasingly disordered universe. If you remember every word in this book, your memory will have recorded about two million pieces of information: the order in your brain will have increased by about two million units. However, while you have been reading this book, you will have converted at least a thousand calories or ordered energy, in the form of food, into disordered energy, in the form of heat that you lose to the air around you by convection and sweat.

The Unification of Physics

Why don't we notice all those extra dimensions, if they are really there?

Why do we see only three space and one time dimension?

So it is with space-time: on a very small scale it is ten-dimensional and highly curved, but on bigger scales you don't see the curvature or the extra dimensions. ... if there were a complete set of laws, that would infringe God's freedom to change his mind and intervene in the world. It's a bit like the old paradox: Can God make a stone so heavy that he can't lift it? But the idea that God might want to change his mind is an example of the fallacy, pointed out by St. Augustine, of imagining God as a being existing in time: time is a property only of the universe that God created.

Presumably, he knew what he intended when he set it up! A complete, consistent, unified theory is only the first step: our goal is a complete understanding of the events around us, and of our own existence.

Einstein once asked the question: "How much choice did God have in constructing the universe?"

Even if there is only one possible unified theory, it is just a set of rules and equations.

What is it that breathes fire into the equations and makes a universe for them to describe?...

Why does the universe go to all the bother of existing?

Is the unified theory so compelling that it brings about its own existence?

Or does it need a creator, and, if so, does he have any other effect on the universe?

And who created him?

... if we do discover a complete theory, it should in time be understandable in broad principle by everyone, not just a few scientists.

Then we shall all, philosophers, scientists, and just ordinary people, be able to take part in the discussion of the question of why it is that we and the universe exist.

If we find the answer to that, it would be the ultimate triumph of human reason - for then we would know the mind of God.