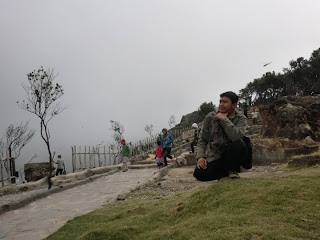 Renewable energy is energy generated from natural resources—such as sunlight, wind, rain, tides and geothermal heat—which are renewable (naturally replenished). In 2006, about 18% of global final energy consumption came from renewables, with 13% coming from traditional biomass, such as wood-burning. Hydroelectricity was the next largest renewable source, providing 3% (15% of global electricity generaiton ), followed by solar hot water/heating, which contributed 1.3%. Modern technologies, such as geothermal energy, wind power, solar power, and ocean energy together provided some 0.8% of final energy consumption.

Climate change concerns coupled with high oil prices, peak oil and increasing government support are driving increasing renewable energy legislation, incentives and commercialization. European Union leaders reached an agreement in principle in March 2007 that 20 percent of their nations' energy should be produced from renewable fuels by 2020, as part of its drive to cut emissions of carbon dioxide, blamed in part for global warming. Investment capital flowing into renewable energy climbed from $80 billion in 2005 to a record $100 billion in 2006.

Energy and The Future

Forests cannot grow fast enough to provide fuel for people's varied needs today, so the renewable sources on which we used to depend will no longer suffice. In this note we shall discusss harnessing energy from other renewable sources; Sunlight, Rivers and Streams, Geothermal Energy, the tides, the wind, Nuclear, and Bioenergy or the burning of garbage.

1. Solar Energy/Sunlight; If we could trap, concentrate, and store solar energy, human power needs would be fulfilled. Solar energy can be used either directly as heat or more indirectly for the production of electricity. Small-scale solar heaters are relatively cheap to build and are in common use in many parts of the world for water and space heating.

2. Hydroelectric Energy from Rivers and Streams; The sun evaporates water at sea level and the winds bring it to the mountains, where it collects into streams with potential to fall and release energy. Thus, hydroelectric energy is an indirect form of solar energy. As more sites are exploited, more power will be tapped by harnessing falling water.

3. Geothermal Energy; Energy derived from the heat of the earth's crust, called geothermal energy, has gained increased attention in the past few years. In various places on the globe, such as in the hot springs and geysers of Tangkuban Parahu in Bandung or Kawah Kamojang in Garut, hot water is produced near the surface.

4. Energy from the Tides; The force of the tides as a source of power has long intrigued man. Imagine a turbine that is immersed in the sea near shore. Electricity could be generated as the tides turn the turbine blades, but the output for a single generator would be small. Moreover, lining the coast with millions of small generators would be uneconomical. An alternative practical solution is to build a tidal dam across a bay or estuary where there is a large rise and fall of the tides. By damming and funneling the water, significant concentrations and economical power output can be realized.

5. Energy from the Wind; The power of wind has been used since antiquity to pump water and grind grain. Construction of large-scale electric generating stations of this type would pose serious engineering problems because of their huge size, but small windmills as an auxiliary source of home electricity would be economical and would conserve other sources of power.

6. Nuclear Energy; Man's first use of nuclear energy was for weapons. But the Manhattan project that led to the development of the atomic bomb during World War II also resulted in the development of several nuclear reactors to manufacture Uranium and Plutonium. Nuclear power come from two reactions Fission and Fusion.

7. Bioenergy and Energy from the Burning of Garbage; Another practical proposal is to burn garbage as a renewable energy source, we called it PLTSA (Pembangkit Listrik Tenaga Sampah). Bioenergy is a source of power from organic matter such as biogas.

Physical Science with Environmental and Other Practical Applications.

Energy and The Future