The two are very rarely used together, and the most common case in which they are combined is in the study of black holes. Having "peak density", or the maximum amount of matter possible in a space, and very small area, the two must be used in synchrony in order to predict conditions in such places; yet, when used together, the equations fall apart, spitting out impossible answers, such as imaginary distances and less than one dimension.


The major problem with their congruence is that, at sub-Planck (an extremely small unit of length) lengths, general relativity predicts a smooth, flowing surface, while quantum mechanics predicts a random, warped surface, neither of which are anywhere near compatible.

Superstring theory resolves this issue, replacing the classical idea of point particles with loops. These loops have an average diameter of the Planck length, with extremely small variances, which completely ignores the quantum mechanical predictions of sub-Planck length dimensional warping, there being no matter that is of sub-Planck length. 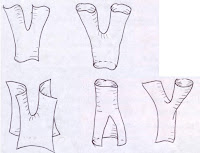