Saul Perlmutter (2011)
Perlmutter, 52, professor of physics at the University of California, Berkeley, and a faculty senior scientist at Lawrence Berkeley National Laboratory (LBNL), led the Supernova Cosmology Project that, in 1998, discovered that galaxies are receding from on another faster now than they were billions of years ago.
He will share the prize with Adam G. Riess, 41, of the Johns Hopkins University and Brian Schmidt, 44, of Australian National Univsersity's Mount Stromlo and Siding Spring Observatories, two members of the competing High-Z Supernova Search team.

George Smoot (2006)
Cosmologist George F. Smoot, who led a team that obtained the first images of the infant universe — findings that confirmed the predictions of the Big Bang theory — won the 2006 Nobel Prize in Physics. Co-Nobelist, John C. Mather is also a UC Berkeley alum. He obtained his Ph.D. from Berkeley Physics under Paul Richards in 1974.

Smoot, a professor of physics at the University of California, Berkeley, and an astrophysicist at Lawrence Berkeley National Laboratory (LBNL), shares the prize with John C. Mather of NASA Goddard Space Flight Center in Greenbelt, MD.

Steven Chu (1997)
Jointly with Claude Cohen-Tannoudji and William D. Phillips for the development of methods to cool and trap atoms with laser light.

Charles H. Townes (1964)
Jointly with N. G. Basov and A. M. Prokhorov, Moscow. For fundamental work in the field of quantum electronics, which has led to the construction of oscillators and amplifiers based on the maser-laser principle.

Luis W. Alvarez (1968)
For his decisive contributions to elementary particle physics, in particular the discovery of a large number of resonance states, made possible through his development of the hydrogen bubble chamber technique and data analysis. [Deceased August 31, 1988]

Donald A. Glaser (1960)
For the invention of the bubble chamber.

Owen Chamberlain (1959)
Jointly with Professor Emilio Segre. For their discovery of the antiproton. [Deceased February 28, 2006]

Emilio G. Segrè (1959)
Jointly with Professor Owen Chamberlain. For their discovery of the antiproton. [Deceased April 22, 1989]

Edwin M. McMillan (1951)
Jointly with Glenn T. Seaborg. Awarded in Chemistry. For their discoveries in the chemistry of the transuranium elements. [Deceased September 1991] 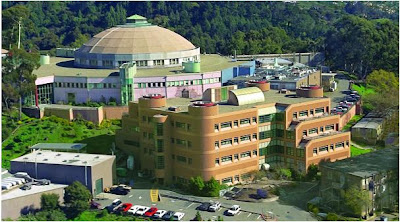 Robert B. Laughlin (BA ’72 physics & math) – 1998
Jointly with Horst L. Störmer and Daniel C. Tsui “for their discovery of a new form of quantum fluid with fractionally charged excitations” 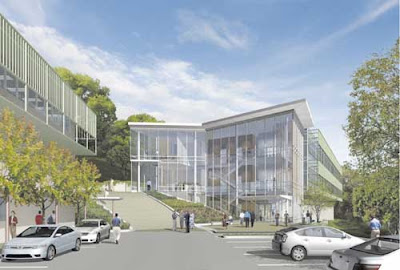