Physics in Our Every Day Life Part III (WHY IS WATER BLUE?)

It is interesting to compare the gas phase spectrum of water, for which all overtone and combination bands are assigned, with the liquid phase spectrum which appears to be less completely described with respect to the origin of infrared and visible vibrational bands. This is important in that it clarifies the role of hydrogen bonding in the liquid phase spectrum, a matter of some confusion in the several sources that address the question of why water is blue.

Note in Table 1 that the liquid phase OH stretching band centered at about 3400 cm- 1 (3) is red-shifted from the gas phase values of v1 and v3 by several hundred wavenumbers. This shift is primarily the result of hydrogen bonding in the liquid. The shift to lower energy induced by hydrogen bonding is seen perhaps most clearly in a comparison of the stretching frequencies observed for monomeric and dimeric water in a solid nitrogen matrix.

Tursi and Nixon (4 ) confirmed earlier matrix isolation work by Van Thiel et. al. (5) to establish that, while the monomer OH stretching bands v1 and v3 were slightly red shifted (ca. 25 cm-1) from gas phase energies by the matrix, the frequency of the dimer OH stretch involved in a hydrogen bond was red shifted to 3547 cm- 1. That is 105 and 209 cm-1 below the gas phase values of v1 and v3, respectively. Hydrogen bonding shifts the overtone and combination band transitions to lower energy as well (see Table 1). In fact, each of the near-IR bands of liquid water shifts to higher energy as the temperature is raised (6).

This has been attributed by several workers (6, 7) to the decreasing importance of hydrogen bonding with increasing temperature.

As expected from such arguments the near IR absorption bands of ice are the most red-shifted of all (6).

The assignment in Table 1 of the four liquid phase bands from 5000 to 11000 cm- 1 seems almost certain and agrees with that of Nassau (8) and of Luck (6). We are convinced of the assignments by the work of Luck (6) in which the near IR absorptions were observed in water at temperatures up to the critical point. As the temperature is increased, hydrogen bonding decreases in importance to the point that at 375º C the liquid peaks are only an average of 80 cm-1 below the gas phase transitions of Table 1.

Our assignment in Table 1 of the higher energy liquid phase transitions from 600 to 800 nm is speculative and should not be taken too seriously. The main point is to show that the red absorption which gives rise to the blue color of liquid water can be plausibly ascribed to high energy vibrational overtone and combination bands which, like the other bands of Table 1, have been shifted to lower energy by hydrogen bonding.

We have also measured H2O spectra like those of Fig.1 at 1º C and at 51º C. As the temperature is lowered, the band near 760 nm shifts to lower energy but also broadens enough to slightly increase the intensity near 700 nm. However, the changes are small enough that the color of water should not vary significantly with temperature between 0 and 50º C.

We are not the first to call attention to the vibrational origin of water's blue color. However, Nassau, in his generally excellent book (8), The Physics and Chemistry of Color, credits hydrogen bonding in water with strengthening the bonding and thus raising the frequency of high overtone and combination bands. Such frequency increases would shift H2O monomer (gas phase) transitions from the near IR into the visible thus increasing the visible absorption of water.

However, as we see from Table 1, hydrogen bonding causes the stretching frequencies of H2O to shift to lower, not higher frequencies. Atkins too invokes hydrogen bonding as crucial to the visible color of water and ice (9). Instead, it appears to us that the hypothetical liquid without any hydrogen bonds would still be colored, perhaps even more intensely than is actual water.

Dera too invokes vibrational overtones as the origin of the red absorption by water; his work is notable for its thorough compilation of visible spectra of water. (10) Happily, the absorption coefficients that he tabulates for water sampled from around the globe show that the absorption seen in Figure 1 is characteristic of most oceans -- pollution has not altered the color of the earth's great seas. (10)


Still one may well ask, Why when one looks at a body of water, not through it, does one often see a blue color? Bohren (11) has written delightfully on the answer to that question in his book, Clouds in a Glass of Beer, which is highly recommended. He makes it clear that any simple answer is bound to mislead. It turns out that contributions to the observed color are made both by reflected skylight and by the intrinsic absorption of water described above (11).

Light scattering by suspended matter is required in order that the blue light produced by water's absorption can return to the surface and be observed. Such scattering can also shift the spectrum of the emerging photons toward the green, a color often seen when water laden with suspended particles is observed.

Furthermore, as Bohren shows (11), the relative contribution of reflected skylight and the light scattered back from the depths is strongly dependent on observation angle.The absorption spectrum of ice (6, 12) is similar to that of the liquid except that hydrogen bonding causes all peaks to shift to lower energy. An elegant description of the colors transmitted by snow and ice has also been given by Bohren (13).

His paper should be consulted for the fascinating story of how multiple scattering combined with red light absorption in snow gives rise to a "vivid blueness" beneath snow's surface that exceeds in purity "that of the bluest sky". Bohren also discusses (13) how the larger grain sizes of bubbly ice allow deep penetration of incident light and a reflected hue that can vary from blue-green to blue depending on the color of the surface which underlies the ice.

Students are usually fascinated by the topic of color. Because the mechanism is unique, the story of the vibrational origin of the color of water and ice should attract their curious minds. 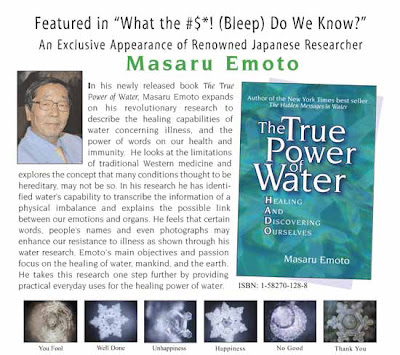 Grant DE-5G02-86ER13592 from the office of Basic Energy Sciences, United States Department of Energy provided partial support of this work.

Helpful comments from many of our colleagues are gratefully acknowledged. Professor Craig F. Bohren of The Pennsylvania State University provided a particularly helpful critique of an earlier manuscript.

(To all my Lovely Family, Older Friends and New Friends @ Indonesia University of Education
;Special Thanks to The Power Ranger Quantum Cosmos Space Study Club [http://quantumstudyclub.blogspot.com] and to all my Lecture in Department of Physics @ UPI) 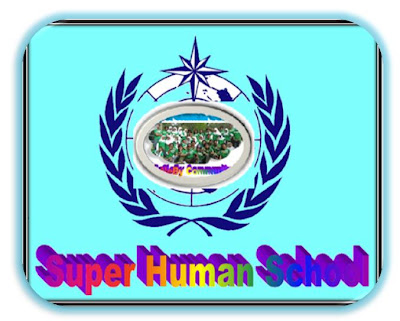 1.Thanks to all may Friends THE BIG FAMILY OF SNBI 1'st Generation, U are The best Friends Ever Life in My Memories 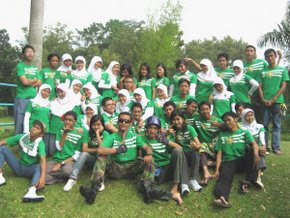 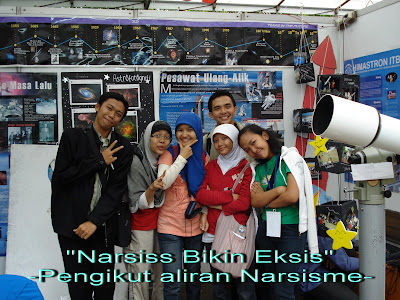 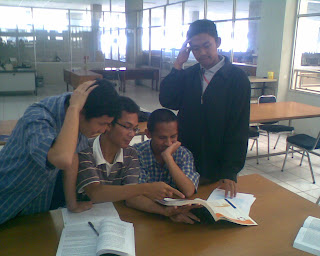 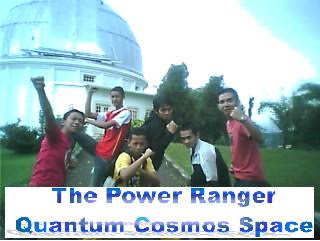 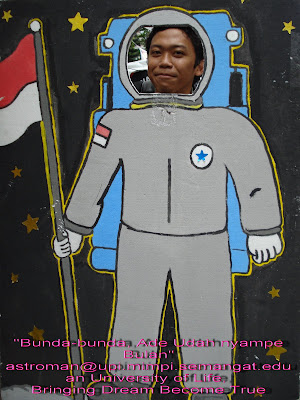 Friendship isn't always easily described. The Eskimos, they say, have a hundred different words for snow. Unfortunately, the English language isn't quite as innovative, though it has vast opportunities to differentiate meaning. Certainly, Love is one of those opportunities. And so, too, is Friendship.

Friends are special people. We can't pick our family, and we're sorely limited in the number of them at any rate. Society and mores (and often our own conscience) dictate we select a single mate. But our friends can be as diverse and infinite as the adjectives we choose.
Our friends, in a very real sense, reflect the choices we make in life.


On The Wings of A Butterfly

Your friendship is special
Like the flowers that bloom,
Or when a butterfly emerges
From within its cocoon...

You remind me of that butterfly,
Loving and free,
Bright and colorful,
For the world to see...

We will share sunshine and rainbows;
Sometimes, the rain and the snow;
We'll stand together through it,
While the cold winds blow...

When the time is right,
We won't stop to ask "Why?"
Our friendship will take flight
On the wings of a butterfly ...