Flight vehicles are subjected to demanding conditions such as those produced by extreme changes in atmospheric pressure and temperature, with structural loads applied upon vehicle components.

Consequently, they are usually the products of various technological and engineering disciplines including aerodynamics, propulsion, avionics, materials science, structural analysis and manufacturing.

The development and manufacturing of a modern flight vehicle is an extremely complex process and demands careful balance and compromise between abilities, design, available technology and costs.

Indonesian Institute of Aeronautics and Astronautics 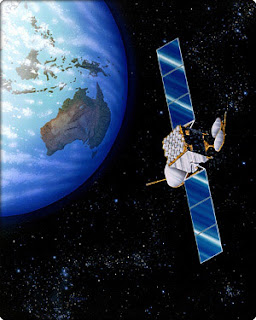 Indonesian Institute of Aeronautics and Astronautics

IIAA is the shaping, dynamic force in aerospace – The forum for innovation, excellence and global leadership.

The Indonesian Institute of Aeronautics and Astronautics (IIAA) is the professional society for the field of aerospace engineering.

Universities with programs in aerospace engineering or related fields may form Student Branches, which are overseen and in part funded by their parent Section.
Another aspect of the IIAA is their standards writing activities. In the past, IIAA standards for aeronautics have been incorporated into broader standards and public laws. These standards help transition innovative aeronautical ideas to everyday usage.

The Online Resource for Tomorrow's Pioneers


A simple, compelling philosophy drives our commitment to math, science, and technology education. Make it exciting, make it empowering, and make it fun.


IIAA's far-reaching education programs do just that for college students, K-12 students, and the educators who inspire them. So what are we waiting for?

IIAA offers and sponsors a wealth of resources to support educators at both the university level and K-12: publications & online tools, classroom grants, our Educator Associate Program, informative aerospace links. The list goes on and on.


You'll also find design competitions, scholarships, internships, research help, discounts on textbooks, and more. And for students still in elementary or high school, this is the place to learn about aerospace … get involved … get inspired … and have fun while you do it!


Informative timelines show you where we've been. Follow the course of aerospace through today's industry-wide transformation.
More info >


News You Can Use


Are YOU ready to plan YOUR future?


Are YOU ready to take YOUR place in history?


Are YOU ready to be INSPIRED?


NASA is ready for YOU!


NASA’s new program, the interdisciplinary National Science Program Incorporating Research Education Experiences (INSPIRE) will encourage the future generation of explorers from the 9th through 12th grades to pursue an education and careers in the sciences, technology, engineering, and mathematics (STEM) fields.

INSPIRE’s unique design allows those selected access to an On-Line Community, and once in the community, to complete for grade appropriate STEM experiences during the summer months, such as:
INTERESTED?

NASA will be accepting applications to join the On-Line Community in the fall. For the latest information about this exciting program, please visit NASA's Web site at: www.nasa.gov/education/INSPIRE.


For more information on careers in aerospace, visit www.launchintoaerospace.org. 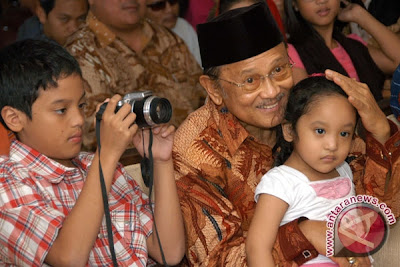 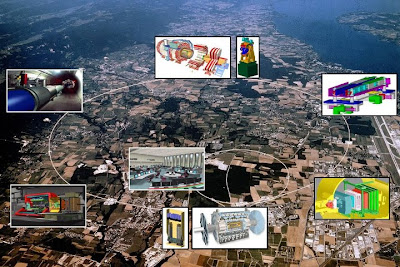 CAMBRIDGE – Fifty years ago, particle physicists faced an unexpected challenge. Their best mathematical models could account for some of the natural forces that explain the structure and behavior of matter at a fundamental level, such as electromagnetism and the weak nuclear force responsible for radioactive decay.


But the models worked only if the particles inside of atoms had no mass. How could huge conglomerations of such particles – proteins, people, planets – behave as they do if their constituent parts weighed nothing at all?


Some physicists invented a clever workaround. They suggested that a type of particle exists that had never been detected; it was eventually named in honor of the British physicist Peter Higgs. For a half-century, physicists searched for the elusive “Higgs particle.” Now, following research conducted at CERN, the sprawling particle-physics laboratory near Geneva, the hunt may soon be over.


At first blush, the idea behind the Higgs particle sounds outlandish. Higgs and his colleagues suggested that every elementary particle really ismassless, just as the mathematical models require, and hence all particles would ordinarily zip around at the speed of light. But suppose that everything around us – every single particle in the universe – is immersed in a huge, unseen vat of Higgs particles.


Whenever most kinds of particles move from point A to point B, they continually bump into Higgs particles, slowing their motion. When we observe them, they appear to lumber along like holiday shoppers in a crowded store. From their slow motion, we infer that they have mass.


While a 50-year search for a hypothetical particle reminiscent of a bizarre fairytale might seem quixotic, the Higgs particle stands at the center of the “Standard Model” of particle physics. Every experimental test of the model so far has matched theoretical expectations.


In some striking examples, the agreement between prediction and measurement has stretched out to twelve decimal places, making the Standard Model the most accurate scientific theory in human history. The model successfully accounts for three of the four basic forces of nature; only gravity remains beyond its purview.


And yet, for all that, we still have no direct evidence that Higgs particles even exist. According to the Standard Model, Higgs particles scatter off each other, so they, too, should have mass. The latest research indicates that Higgs particles (if they exist) should be among the most massive critters of the subatomic realm, more than 120 times as massive as the familiar proton.


To produce such a particle in the laboratory requires revving up protons to nearly the speed of light and smashing them together, which the Large Hadron Collider at CERN accomplishes trillions of times per second. The energetic collisions produce all manner of debris, which physicists carefully track with huge detectors and sift with sophisticated computer algorithms.


Physicists confront two major hurdles in their hunt for the Higgs. First, they must identify patterns in the debris that could have come from the production and rapid decay of a Higgs particle. The sought-after signal is well understood in principle, given what we know about the Standard Model.


So is the background noise from all of the other junk that comes flying out when two protons collide with colossal energy. Physicists searching for a few Higgs-like needles in a mind-bogglingly large haystack must comb their data for anomalies in the debris that cannot be accounted for by known processes.


The second difficulty concerns statistics. The rules of quantum theory, on which the Standard Model is built, are at root probabilistic. There will always be statistical flukes in the data, just as any series of coin tosses can produce an unexpected string of seven heads in a row.


To know with confidence that the coin is ordinary, with no hidden features, one must log a sufficiently large number of coin flips and check whether the data include equal numbers of heads and tails over the long run. After thousands of coin tosses, if the data still show a bias toward heads, one may be justified in thinking that the coin has some unusual properties.


The same holds true for all of the chaff from the protons’ collisions. Before physicists can claim that their anomalies really come from Higgs particles, they must gather enough data to rule out flukes.


At CERN, two independent teams of physicists recently announced that their data were consistent with detection of a Higgs particle, though there remained a 1-in-2,000 chance that the signal came from mundane, non-Higgs processes. So the teams will continue smashing protons together, gathering more data, and sifting for signs of a Higgs.


We might not have the Higgs in hand right now. But the latest news is the strongest indication yet that the 50-year hunt for one of the most fundamental bits of matter might well be coming to a successful conclusion. The next time the CERN teams call a press conference, it could be weighty news indeed.


David Kaiser is Professor of Physics and the History of Science, Massachusetts Institute of Technology.

His latest book is How the Hippies Saved Physics: Science, Counterculture, and the Quantum Revival.

The Higgs boson or Higgs particle is an elementary particle initially theorised in 1964, and tentatively confirmed to exist on 14 March 2013.

The discovery has been called "monumental" because it appears to confirm the existence of the Higgs field, which is pivotal to the Standard Model and other theories within particle physics. It would explain why some fundamental particles have mass when the symmetries controlling their interactions should require them to be massless, and—linked to this—why the weak forcehas a much shorter range than the electromagnetic force.

The discovery of a Higgs boson should allow physicists to finally validate the last untested area of the Standard Model's approach to fundamental particles and forces, guide other theories and discoveries in particle physics, and potentially lead to developments in "new" physics.

Renewable energy is derived from natural processes that are replenished constantly. In its various forms, it derives directly from the sun, or from heat generated deep within the earth. Included in the definition is electricity and heat generated from solar, wind, ocean, hydropower, biomass, geothermal resources, and biofuels and hydrogen derived from renewable resources.

Wind power is growing at the rate of 30% annually, with a worldwide installed capacity of 282,482 megawatts (MW) at the end of 2012, and is widely used in Europe, Asia, and the United States. At the end of 2012 the photovoltaic (PV) capacity worldwide was 100,000 MW, and PV power stations are popular in Germany and Italy. Solar thermal power stations operate in the USA and Spain, and the largest of these is the 354 MW SEGS power plant in the Mojave Desert. The world's largest geothermal power installation is The Geysers in California, with a rated capacity of 750 MW. Brazil has one of the largest renewable energy programs in the world, involving production of ethanol fuel from sugar cane, and ethanol now provides 18% of the country's automotive fuel. Ethanol fuel is also widely available in the USA.

Renewable energy is a socially and politically defined category of energy sources.

Renewable energy is generally defined as energy that comes from resources which are continually replenished on a human timescale such as sunlight, wind, rain, tides, waves and geothermal heat.

About 16% of global final energy consumption comes from renewable resources, with 10%. of all energy from traditional biomass, mainly used for heating, and 3.4% from hydroelectricity.

New renewables (small hydro, modern biomass, wind, solar, geothermal, and biofuels) accounted for another 3% and are growing rapidly.
The share of renewables in electricity generation is around 19%, with 16% of electricity coming from hydroelectricity and 3% from new renewables.

While many renewable energy projects are large-scale, renewable technologies are also suited to rural and remote areas, where energy is often crucial in human development.

Renewable energy sources, that derive their energy from the sun, either directly or indirectly, such as Hydro and wind, are expected to be capable of supplying humanity energy for almost another 1 billion years, at which point the predicted increase in heat from the sun is expected to make the surface of the Earth too hot for liquid water to exist.

Renewable energy is a socially and politically defined category of energy sources.

Renewable energy is generally defined as energy that comes from resources which are continually replenished on a human timescale such as sunlight, wind, rain, tides, waves and geothermal heat. 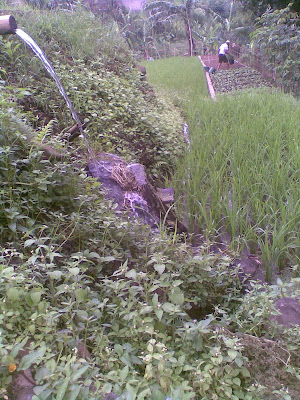