The first reusable spacecraft, the X-15, was air-launched on a suborbital trajectory on July 19, 1963. The first partially reusable orbital spacecraft, the Space Shuttle, was launched by the USA on the 20th anniversary of Yuri Gagarin's flight, on April 12, 1981. 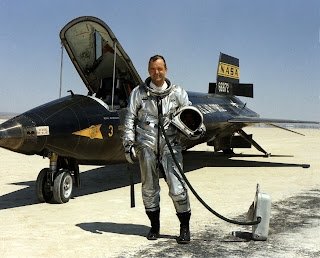 The first Space Shuttle to fly into space was the Columbia, followed by the Challenger, Discovery, Atlantis, and Endeavour. The Endeavour was built to replace the Challenger when it was lost in January 1986. The Columbia broke up during reentry in February 2003.

The first automatic partially reusable spacecraft was the Buran (Snowstorm), launched by the USSR on November 15, 1988, although it made only one flight. This spaceplane was designed for a crew and strongly resembled the U.S. Space Shuttle, although its drop-off boosters used liquid propellants and its main engines were located at the base of what would be the external tank in the American Shuttle.

Lack of funding, complicated by the dissolution of the USSR, prevented any further flights of Buran. The Space Shuttle has since been modified to allow for autonomous re-entry via the addition of a control cable running from the control cabin to the mid-deck which would allow for the automated deployment of the landing gear in the event a un-crewed re-entry was required following abandonment due to damage at the ISS.

Per the Vision for Space Exploration, the Space Shuttle is due to be retired in 2010 due mainly to its old age and high cost of program reaching over a billion dollars per flight. The Shuttle's human transport role is to be replaced by the partially reusable Crew Exploration Vehicle (CEV) no later than 2014. The Shuttle's heavy cargo transport role is to be replaced by expendable rockets such as the Evolved Expendable Launch Vehicle (EELV) or a Shuttle Derived Launch Vehicle.

Scaled Composites' SpaceShipOne was a reusable suborbital spaceplane that carried pilots Mike Melvill and Brian Binnie on consecutive flights in 2004 to win the Ansari X Prize. The Spaceship Company will build its successor SpaceShipTwo. A fleet of SpaceShipTwos operated by Virgin Galactic should begin reusable private spaceflight carrying paying passengers in 2009. 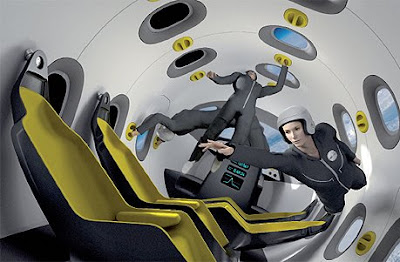