Unsolved Problems in Physics Part I 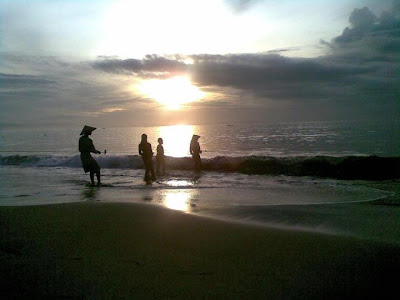 “This most beautiful system (The Universe) could only proceed from the dominion of an intelligent and powerful Being.”
~Isaac Newton~
Some of these problems are theoretical, meaning that existing theories seem incapable of explaining a certain observed phenomenon or experimental result. The others are experimental, meaning that there is a difficulty in creating an experiment to test a proposed theory or investigate a phenomenon in greater detail.


The following problems are either fundamental theoretical problems, or theoretical ideas which lack experimental evidence and are in search of one, or both, as most of them are. Some of these problems are strongly interrelated.
For example, extra dimensions or supersymmetry may solve the hierarchy problem. It is thought that a full theory of quantum gravity should be capable of answering most of these problems (other than the Island of stability problem).
Quantum gravity, cosmology, and general relativity

Why does the predicted mass of the quantum vacuum have little effect on the expansion of the universe?


Can quantum mechanics and general relativity be realized as a fully consistent theory (perhaps as a quantum field theory) Is spacetime fundamentally continuous or discrete?
Would a consistent theory involve a force mediated by a hypothetical graviton, or be a product of a discrete structure of spacetime itself (as in loop quantum gravity)?
Are there deviations from the predictions of general relativity at very small or very large scales or in other extreme circumstances that flow from a quantum gravity theory?
Black holes, black hole information paradox, and black hole radiation


Does this radiation contain information about their inner structure, as suggested by Gauge-gravity duality, or not, as implied by Hawking's original calculation?
If not, and black holes can evaporate away, what happens to the information stored in them
(quantum mechanics does not provide for the destruction of information)?

Or does the radiation stop at some point leaving black hole remnants?

Is there another way to probe their internal structure somehow, if such a structure even exists?

Does nature have more than four spacetime dimensions?

If so, what is their size?

Are dimensions a fundamental property of the universe or an emergent result of other physical laws?

Can we experimentally "see" evidence of higher spatial dimensions?

Is the theory of cosmic inflation correct, and if so, what are the details of this epoch?

What is the hypothetical inflaton field giving rise to inflation?

If inflation happened at one point, is it self-sustaining through inflation of quantum-mechanical fluctuations, and thus ongoing in some impossibly distant place?


Are there physical reasons to expect other universes that are fundamentally non-observable?

For instance: Are there quantum mechanical "alternative histories" or "many worlds"?
Are there "other" universes with physical laws resulting from alternate ways of breaking the apparent symmetries of physical forces at high energies, possibly incredibly far away due to cosmic inflation?
Is the use of the anthropic principle to resolve global cosmological dilemmas justified?


The cosmic censorship hypothesis and the chronology protection conjecture


Can singularities not hidden behind an event horizon, known as "naked singularities", arise from realistic initial conditions, or is it possible to prove some version of the "cosmic censorship hypothesis" of Roger Penrose which proposes that this is impossible?
Similarly, will the closed timelike curves which arise in some solutions to the equations of general relativity

(and which imply the possibility of backwards time travel) be ruled out by a theory of quantum gravity which unites general relativity with quantum mechanics, as suggested by the "chronology protection conjecture" of Stephen Hawking?
Arrow of time

What do the phenomena that differ going forward and backwards in time tell us about the nature of time?

How does time differ from space?

Why are CP violations observed in certain weak force decays, but not elsewhere?

Are CP violations somehow a product of the Second Law of Thermodynamics, or are they a separate arrow of time?

Are there exceptions to the principle of causality?

Is there a single possible past?

Is the present moment physically distinct from the past and future or is it merely an emergent property of consciousness?

Why do people appear to agree on what the present moment is?

Are there non-local phenomena in quantum physics?

What does the existence or absence of non-local phenomena imply about the fundamental structure of spacetime?

How does this relate to quantum entanglement? How does this elucidate the proper interpretation of the fundamental nature of quantum physics?


Future of the universe

Is the universe heading towards a Big Freeze, a Big Rip, a Big Crunch or a Big Bounce?

Is our universe part of an infinitely recurring cyclic model?

1. Wikipedia
2. List of links to unsolved problems in physics, prizes and research.
3. Ideas Based On What We’d Like to Achieve
4. 2004 SLAC Summer Institute: Nature's Greatest Puzzles