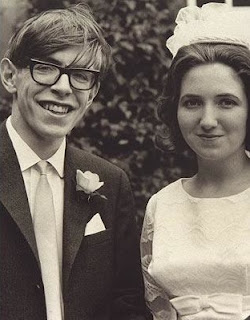 Newton, and others, should have realized that a static universe would soon start to contract under the influence of gravity. But suppose instead the universe expanding. If it was expanding fairly slowly, the force of gravity would cause it eventually to stop expanding and then to start contracting. However, if it was expanding at more than a certain critical rate, gravity would never be strong enough to stop it, and the universe would continue to expand forever.

A remarkable feature of the first kind of Friedmann model is that in it the universe is not infinite in space, but neither does space have any boundary. Gravity is so strong that space is bent round onto itself, making it rather like the surface of the earth. If one keeps traveling in a certain direction on the surface of the earth, one never comes up against an impassable barrier or falls over the edge, but eventually comes back to where one started.

The present evidence therefore suggests that the universe will probably expand forever, but all we can really be sure of is that even if the universe is going to recollapse, it won't do so for at least another ten thousand million years, since it has already been expanding for at least that long. This should not unduly worry us: by that time, unless we have colonized beyond the Solar System, mankind would long since have died out, extinguished along with our sun!

The Uncertainty Principle Einstein never accepted that the universe was governed by chance; his feelings were summed up in his famous statement "God does not play dice." It [quantum mechanics] governs the behavior of transistors and integrated circuits, which are essential components of electronic devices such as televisions and computers, and is also the basis of modern chemistry and biology. The only areas of physical science into which quantum mechanics has not yet been properly incorporated are gravity and the large-scale structure of the universe.

Elementary Particles and the Forces of Nature Aristotle believe that all the matter in the universe was made up of four basic elements, earth, air, fire, and water .These elements were acted on by two forces: gravity, the tendency for earth and water to sink, and levity, the tendency for air and fire to rise... Aristotle believed that matter was continuous, that is, one could divide a piece of matter into smaller and smaller bits without any limit: one never come up against a grain of matter that could not be divided further.

There are a number of different varieties of quarks: they are thought to be at least six "flavors," which we call up, down, strange, charmed, bottom, and top. Each flavor comes in three "colors," red, green, and blue.
... a particle of spin 1 is like an arrow: it looks different from different directions. Only if one turns it round a complete revolution (360 degrees) does the particle look the same. A particle of spin 2 is like a double-headed arrow: it look the same if one turns it round half a revolution (180 degrees)... there are particles that do not look the same if one turns them through just one revolution: you have to turn them through two complete revolutions! Such particles are said to have spin ½.

We now know that every particle has an antiparticle, with which it can annihilate. There could be whole antiworlds and antipeople made out of antiparticles. However, if you meet your antiself, don't shake hands! You would both vanish in a great flash of light. The value of the grand unification energy is not very well know, but it would probably have to be at least a thousand million million GeV.

The present generation of particle accelerators can collide particles at energies of about one hundred GeV, and machine are planned that would raise this to a few thousand GeV. But a machine that was powerful enough to accelerate particles to the grand unification energy would have to be as big as the Solar System - and would be unlikely to be funded in the present economic climate.

.. one can calculate that the probable life of the proton must be greater than ten million million million million million years (1 with thirty-one zeros). Black Holes ... a star that was sufficiently massive and compact would have such a strong gravitational field that light could not escape: any light emitted from the surface of the star would be dragged back by the star's gravitational attraction before it could get very far... Such objects are what we now call black holes...

As the star contracts, the gravitational field at its surface gets stronger and the light cones get bent inward more. This makes it more difficult for light from the star to escape, and the light appears dimmer and redder to an observer at a distance. Eventually, when the star has shrunk to a certain critical radius, the gravitational field at the surface becomes so strong that the light cones are bent inward so much that light can no longer escape. According to the theory of relativity, nothing can travel faster than light. Thus if light cannot escape, neither can anything else...

We also now have evidence for several other black holes in systems like Cygnus X-1 in our galaxy and in two neighbouring galaxies called the Magellanic Clouds. The number of black holes, however, is almost certainly very much higher; in the long history of the universe, many stars must have burned all their nuclear fuel and have had to collapse. The number of black holes may well be greater even than the number of visible stars, which totals about a hundred thousand million in our galaxy alone.