The Science Behind The 2011 Nobel Prize in Physics

"Nothing will stop us. The road to the stars is steep and dangerous. But we're not afraid . . . Space flights can't be stopped. This isn't the work of one man or even a group of men. It is a historical process which mankind is carrying out in accordance with the natural laws of human development."

Delve deeper into the enigma of dark energy. These sections will give you an even closer look at the importance of dark energy, theories about its existence, and the techniques and historical background that led into its discovery.

1.What Is Dark Energy?

Does it give us answers — or just reveal more questions?

2.Fate of the Universe

How can we see what happened in the early universe?

He called it his "biggest blunder." But was it?

Special thanks to these contributors

The Nobel Prize in Physics 2011 was divided, one half awarded to Saul Perlmutter, the other half jointly to Brian P. Schmidt and Adam G. Riess "for the discovery of the accelerating expansion of the Universe through observations of distant supernovae".

The Nobel Prize in Physics 2011

Written in the stars 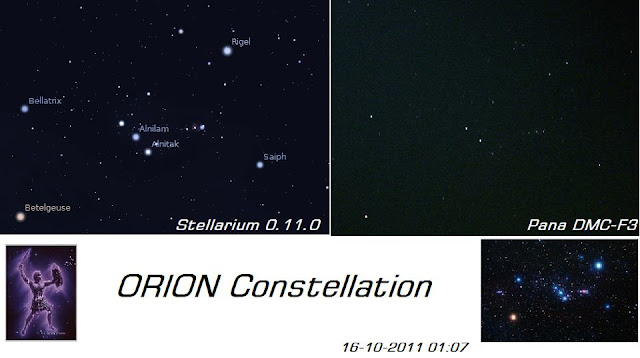 What will be the final destiny of the Universe?

Probably it will end in ice, if we are to believe this year's Nobel Laureates in Physics. They have studied several dozen exploding stars, called supernovae, and discovered that the Universe is expanding at an ever-accelerating rate. The discovery came as a complete surprise even to the Laureates themselves.

In 1998, cosmology was shaken at its foundations as two research teams presented their findings. Headed by Saul Perlmutter, one of the teams had set to work in 1988. Brian Schmidt headed another team, launched at the end of 1994, where Adam Riess was to play a crucial role.

The research teams raced to map the Universe by locating the most distant supernovae. More sophisticated telescopes on the ground and in space, as well as more powerful computers and new digital imaging sensors (CCD, Nobel Prize in Physics in 2009), opened the possibility in the 1990s to add more pieces to the cosmological puzzle.

The teams used a particular kind of supernova, called type Ia supernova. It is an explosion of an old compact star that is as heavy as the Sun but as small as the Earth. A single such supernova can emit as much light as a whole galaxy. All in all, the two research teams found over 50 distant supernovae whose light was weaker than expected - this was a sign that the expansion of the Universe was accelerating. The potential pitfalls had been numerous, and the scientists found reassurance in the fact that both groups had reached the same astonishing conclusion.

For almost a century, the Universe has been known to be expanding as a consequence of the Big Bang about 14 billion years ago. However, the discovery that this expansion is accelerating is astounding. If the expansion will continue to speed up the Universe will end in ice.

The acceleration is thought to be driven by dark energy, but what that dark energy is remains an enigma - perhaps the greatest in physics today. What is known is that dark energy constitutes about three quarters of the Universe. Therefore the findings of the 2011 Nobel Laureates in Physics have helped to unveil a Universe that to a large extent is unknown to science. And everything is possible again.

Label: Central for Research and Development for Winning Nobel Prize in Physics at Indonesia