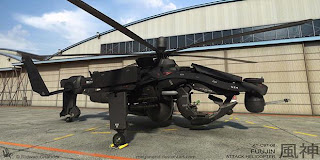 In aerodynamics, a hypersonic speed is one that is highly supersonic (even though the origin of the words is the same: "super" is just the Latin version of the Greek "hyper"). Since the 1970s, the term has generally been assumed to refer to speeds of Mach 5 and above.

The precise Mach number at which a craft can be said to be flying at hypersonic speed varies, since individual physical changes in the airflow (like molecular dissociation and ionization) occur at different speeds; these effects collectively become important around Mach 5. The hypersonic regime is often alternatively defined as speeds where ramjets do not produce net thrust. 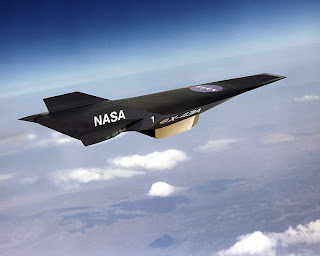 The X-43 is an unmanned experimental hypersonic aircraft with multiple planned scale variations meant to test various aspects of hypersonic flight. It was part of NASA's Hyper-X program and has set several airspeed records for jet-propelled aircraft. The X-43 is the fastest aircraft on record at approx. 7000 miles per hour (10,461 km/h).

A winged booster rocket with the X-43 placed on top, called a "stack", is drop launched from a larger carrier plane. After the booster rocket (a modified first stage of the Pegasus rocket) brings the stack to the target speed and altitude, it is discarded, and the X-43 flies free using its own engine, a scramjet.