The Long Range Anti-Ship Missile (LRASM) is an anti-ship missile being developed by DARPA for the US Navy.

LRASM-A is a subsonic cruise missile based on Lockheed Martin's 500 nm-range AGM-158 JASSM-ER - Lockheed Martin was awarded initial development contracts. LRASM-B was planned to be a high-altitude supersonic missile along the lines of the Indo-Russian Brahmos, but it was cancelled in January 2012. Captive carry flight tests of LRASM sensors began in May 2012; a missile prototype is planned to fly in "early 2013" and the first canister launch is intended for "end 2014".

LRASM is designed to be compatible with the Mk 41 Vertical Launch System used on many US Navy ships and to be fired from aircraft, including the B-1 bomber.

On October 1, 2012, Lockheed received a contract modification to perform risk reduction enhancements in advance of the upcoming flight test of the air-launched LRASM A version.

On March 5, 2013, Lockheed received a contract to begin conducting air and surface-launch tests of the LRASM. Three air-launched tests are scheduled for 2013, with one from a B-1 Lancer. Two surface-launch tests are scheduled for 2014. The contract includes risk reduction efforts, such as electromagnetic compatibility testing of the missile and follow-on captive carry sensor suite missions. 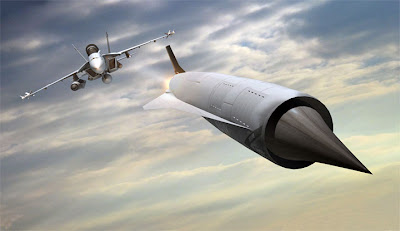